I never like to quote movies since the likelihood that everyone in the room has seen the same film these days is slim. Except of course when you’re talking about Chevy Chase, and “Fletch” in particular. (There’s also “Caddy Shack” and “Spies Like Us” but those will be for future posts . . . ). 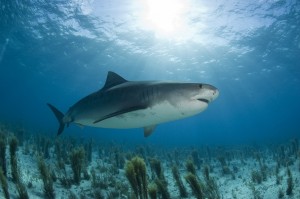 For most of my 20s and early 30s I worked as a journalist and photographer focusing on science and exploration. I published two books, produced a few documentary films, and had a number of articles run in some pretty decent magazines like Outside, Men’s Journal, and National Geographic.

The books and DVDs are now gathering dust in my basement. But the places and phenomena I was privileged to experience firsthand remain indelibly imprinted into my memory. I rappelled into an active volcano in southern Mexico and climbed over 1000’ down into a moving glacial cave above Zermatt, Switzerland. I dove outside of the shark cage with Great Whites in Gansbaai, South Africa (long before it became a highly unadvisable tourist attraction), and spent two months near the headwaters of the Amazon catching and tagging 16’ black caiman (Brazil’s version of the Nile crocodile) in the middle of the night from a rickety skiff held together with rusting rivets. When you feel invincible in your late twenties, you keep pushing the limits so I figured I’d also sail to Antarctica where I spent my 30th birthday. I am most likely solely responsible for the gray hair on my mother’s head.

If you like photography, these were the nirvana years. I saw live through the lens a lifetime of bucket lists. But it took me a decade to see what I had missed. We’re all guilty of tunnel vision. While I was packing my Nikons into the helicopter in Zermatt, I never noticed that I was in one of the most historic ski towns in Europe. In Stellenbosch, South Africa when I was drinking off the realization that I had just spent a half-hour underwater with 18’ foot Great Whites, I had no idea that I was in one of the world’s most historic wine regions. On the Antarctic Peninsula, our expedition team set up shop for weeks at a time onshore in the same huts that explorers had used for shelter since the turn of the century. Probably the most remote historic properties on earth . . .

When I look back on a decade of adventure and exploration, it amazes me that I never noticed how it all happened in historic destinations—and that as a photographer I never looked up and around to appreciate the historic architecture all around me. We staged our gear in historic hotels and planned our logistics in small town bars and restaurants. We interviewed local scientists and preservationists, and many of our guides were builders and/or architects in their every day lives. I learned many life lessons from each of these expeditions at the time (not the least of which is that you probably shouldn’t scuba dive with a Great White outside of the cage . . . ). What I’ve learned years later is that historic properties and neighborhoods are the stages on which many of our lives unfold every day.

So back to Chevy Chase. If you’ve ever seen “Fletch” you know the scene I’m talking about in the airplane hangar. Ask yourself where you work, what your favorite restaurant is, or where you’re staying on your next vacation, and I’ll bet your next Netflix download that at least one of these is an historic property. If you live in Manhattan, London, Paris, San Francisco, Montreal, Sydney, or Shanghai, odds are better than 50/50 that you come home every night to an historic building. And if you take the time to think about it you’d discover that what you love most about these places are high ceilings, hardwood floors, and the little architectural details.

Like me, you just never thought about it. It’s all about historic properties these days.