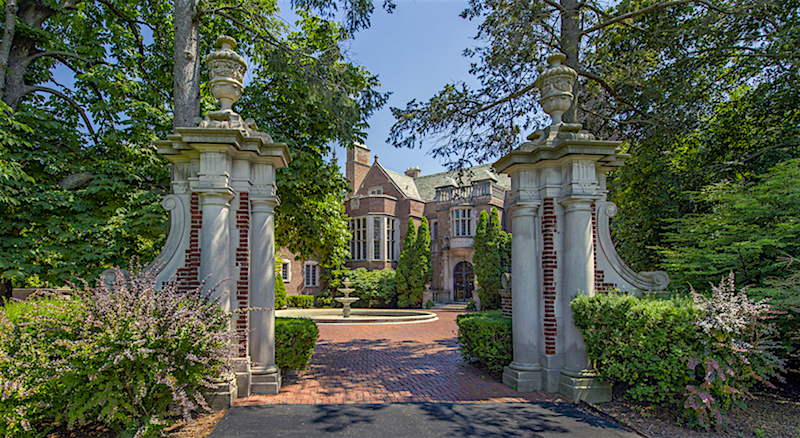 You’d be easily forgiven for thinking that America’s grand Gatsby-esque estates are only found in places like Newport, Rhode Island or Long Island’s Gold Coast. That’s where Hollywood made them famous. Yet as the Gilded-Age exploded in America and industry expanded westward, the country’s wealthiest families took their fortunes with them and built ever-more opulent primary and summer homes in places that you’ve probably never heard of. I’m a bit of an underdog myself so I can’t help but have a soft spot for the dark horses of real estate that defy the cliches. Here are three Midwest Gilded Age estates that epitomize the American Dream. 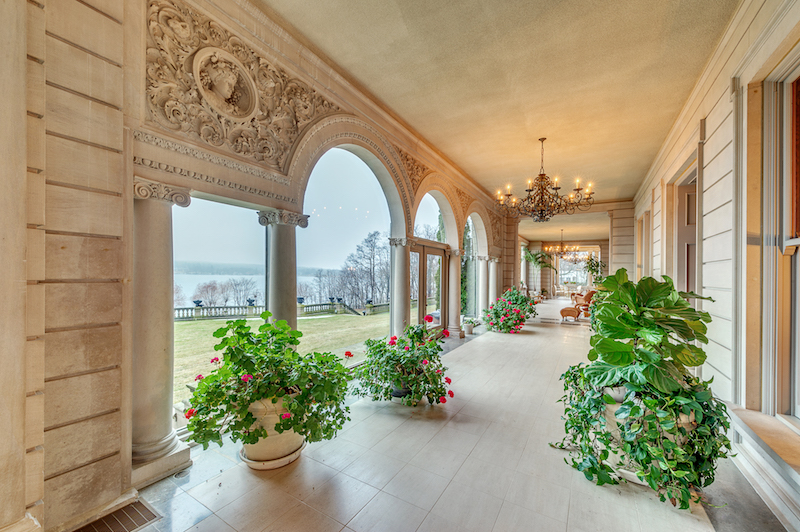 The grand Renaissance Revival built in 1901 by Otto Young stands on the eastern shore of Lake Geneva more like a Roman monument than a home. Young was Prussian born, immigrated to the United States, and amassed his wealth in retail and real estate. Like many of his émigré business contemporaries, Young built an empire from scratch in less time than it takes to pay off a modern day mortgage. 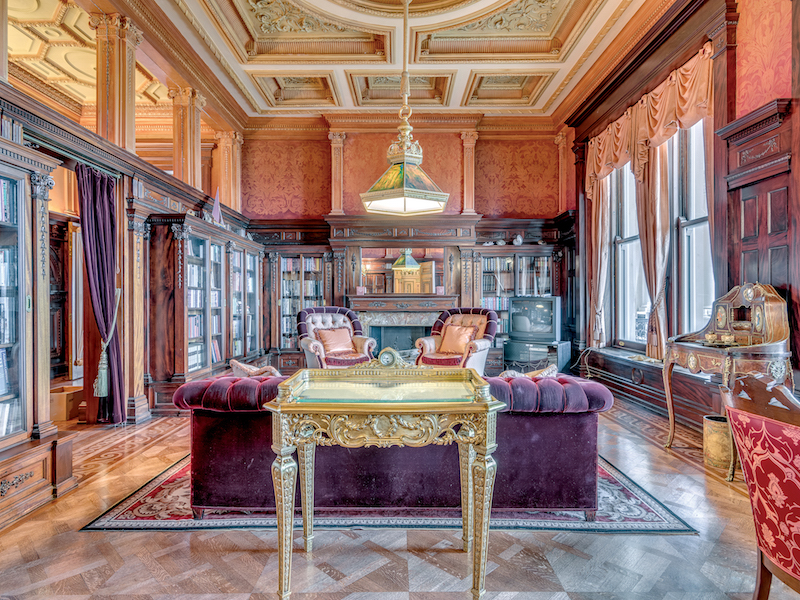 One of the most envy-inducing characteristics of many Gilded Age mansions was that they were only occupied for a few months a year. They were ‘summer cottages’ designed for throwing Titanic-style parties. Young’s 50-room limestone Stone Manor estate was no exception, and was outfitted with the finest finishes available at the time typically seen only in art museums and public government buildings.

Five years after Stone Manor’s completion, Young died unexpectedly. Since then, the estate has been operated as an all girls’ school and as a French restaurant (presumably with seating for 800). Eventually the mansion was divided up into five separate residential units. But don’t mistake this for an apartment building. 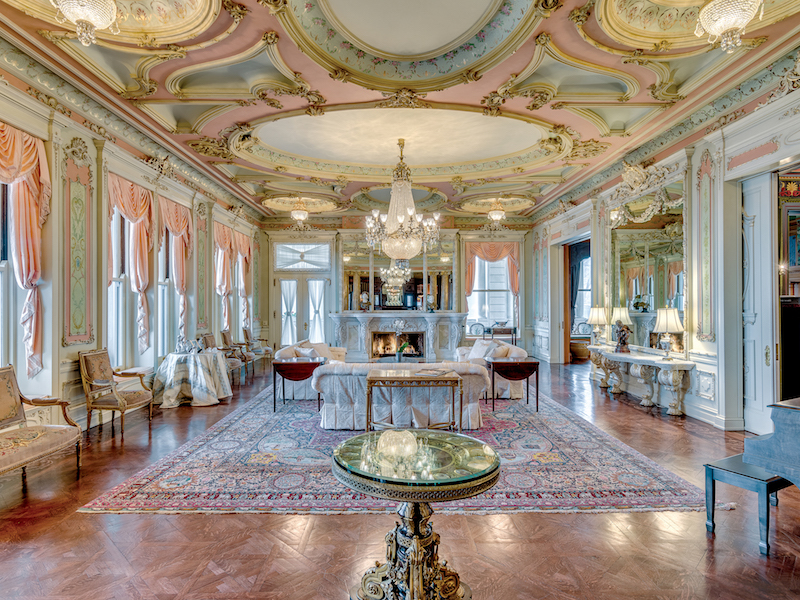 The current owners are selling their first floor unit, which totals 12,000 square feet, after a fourteen-year restoration. The original crystal chandeliers and gold plated fixtures still adorn the ceilings and walls, and the exquisite inlaid floors in the grand ballroom await the next black-tie waltz. Outside, there’s 160’ glassed-in veranda, an in-ground pool, a boat slip, and 450’ of private beach. Young’s original steamboat Polaris is also available to rent for cocktail cruises on Lake Geneva. 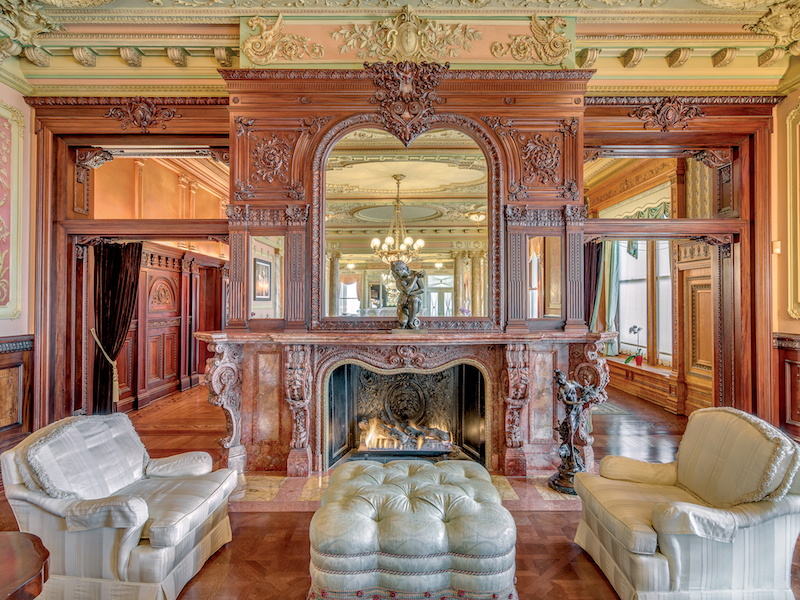 The best part of this real estate story is the coming full circle. The current owners immigrated to the United States themselves in the 1960s and both became successful surgeons. One summer night they ate dinner at Stone Manor while it was still operating as a French restaurant. Years later they heard that Stone Manor was up for sale and that owner at the time was going to chop up and auction off all of the interior finishes. They bought the home a few months later and began their fourteen-year restoration. Otto would be proud.

The first floor unit of Stone Manor is currently listed for $5,995,000 by Timothy Salm of Jameson Sotheby’s International Realty.

Compared with modern tech start-ups like Uber and VRBO, today’s best and brightest probably wouldn’t be rushing to vest themselves in overall-clad Gilded Age empires like rubber (the Firestones), agricultural machinery (the Deerings and McCormicks), or paper pulp (the Curtis family). But wealth can come from the most unexpected places. You can add dough (pun intended) to that list as well. 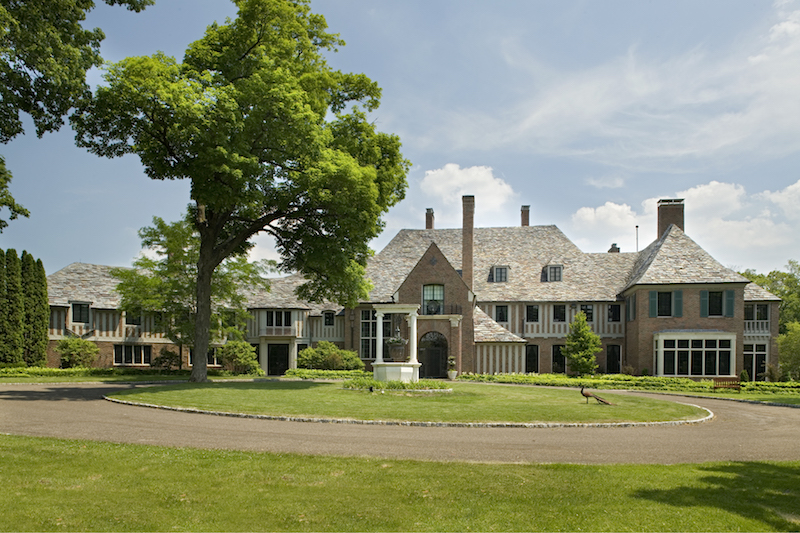 Southways was built in 1918 as the summer home of John and Eleanor Pillsbury (yes, that Doughboy), and is the Hearst Castle equivalent on Minnesota’s Lake Minnetonka. The name was conceived by Mrs. Pillsbury herself during construction because guests had to go “south a ways” on Bracketts Point to get there. How beautifully unpretentious.

When Eleanor Pillsbury died in 1992 at 104, Southways was bought by hedge fund manager and former Minnesota Vikings owner, Jim Jundt and his wife Joann, both of whom had long dreamt of living there. Over the next few years, the couple spent millions winterizing and carefully restoring the property to their modern tastes. 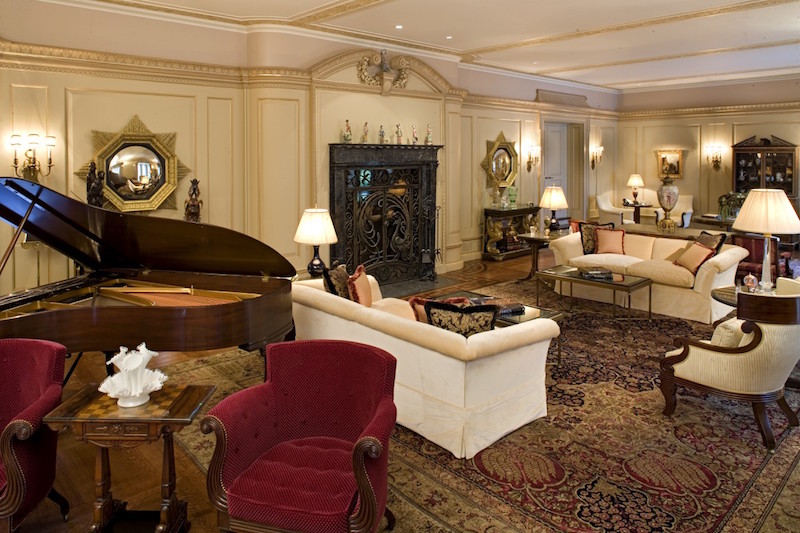 The 32,000 square foot mansion still includes the original intricately carved moldings, soaring hallways, and formal dining and living rooms that could host the entire U.S. Congress. The Jundts’ modern updates feature an indoor jacuzzi with hand-carved frescos, and a home gym vertically linked to the master suite by a private elevator that was created by combining two bedrooms and features an adjoining sitting area and his and hers closets. The “his” side epitomizes the masculine vibe befitting a man who once owned an NFL team including leather floors. 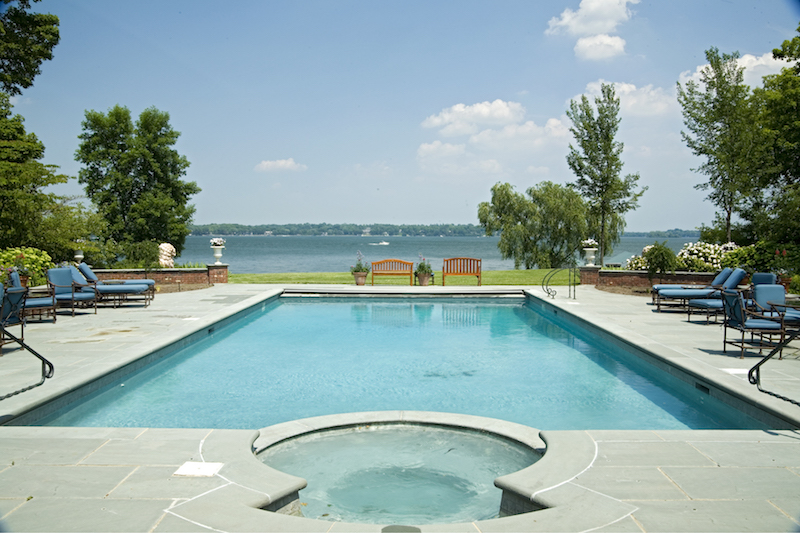 Old money families like the Pillsbury’s spared nothing on location when building their summer homes. Southways is just fifteen minutes from downtown Minneapolis yet is surrounded by water on all sides lending it the feeling of being cradled within its own national park with thirteen acres of rolling lawns and 1700’ of private shoreline. The out buildings including a separate carriage house, greenhouse, beach cottage, tennis house, and a private dock would make the most modern, luxurious Midwest resort blush with envy.

This iconic Midwest Grand Dame is patiently awaiting its next custodian and is listed for $24,000,000 by Meredith Howell Group of Coldwell Banker Burnett. 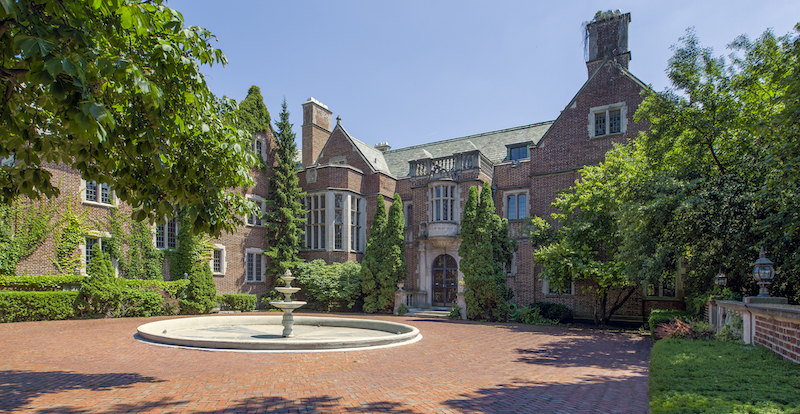 If you get a masters degree in architecture in Chicago you’ll very likely learn about the Schweppe Estate a.k.a Mayflower Place in school. Designed by Frederick Wainwright Perkins in 1917, Mayflower Place is as iconic as Midwest mansions get, and is considered to be one of the most architecturally significant English Renaissance structures ever built in America.

I got a Tiffany crystal decanter from my in-laws when my husband and I were married. Mayflower Place was given as a wedding gift to Laura Shedd, the daughter of Marshall Field & Co. chairman John Shedd, when she married Charles H. Schweppe. During its heyday, Mayflower Place hosted a who’s who guest list of American and European society all summer long, including King Edward, the Duke of Windsor, as well as American industrial tycoons like the McCormicks and Armours (interestingly both ancestors of my husband).

Laura (Shedd) Schweppe died of a heart attack at the young age of 58 in 1937 and left her husband Charles only $200,000 of her $10 million dollar estate.  Loneliness, grief, and the overwhelming financial burden of maintaining Mayflower Place eventually took its toll on Charles, who committed suicide in 1941. After Charles’s death, this grand home remained in the Schweppe family literally untouched and uninhabited for more than four decades until the late 1980s when the property was finally sold. The new owners embarked on a two-year stem-to-stern renovation to bring Mayflower back to its former glory, which among many modern upgrades also required more than seventy master craftsmen including Italian artisans and Bavarian stonecrafters to restore the one-of-a-kind original architectural details. 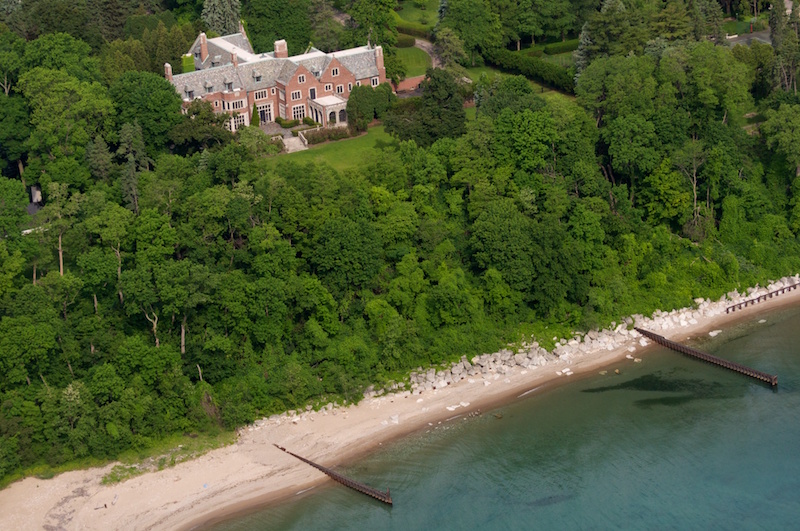 Photos 1 and 3 Courtesy of James Caulfield. Photos 2 and 4 courtesy of Morrison Waud III

This article first appeared in ForbesLife.