The Red Lion Inn offers a wide variety of individually decorated, antique-filled guest rooms and suites, each with its own unique character and charm. All room styles feature king, queen or twin beds with luxurious Italian bedding from the Mascione Collection, feather duvets, and Sealy Elite Plush mattresses. Rooms with two double beds or two queen beds are also available. All rooms are equipped with complimentary WIFI, air conditioning, cable television, turn down service, and cozy plush bathrobes (for sneaking down to the pool).

Before this nation was born, some time around 1773, Silas and Anna Bingham established a general store in the western reaches of the colony of Massachusetts, in the village of Stockbridge, on the road that connected Boston to Albany. Among their earliest customers were some of Ethan Allen’s Green Mountain Boys, who purchased goods on their way to capture Fort Ticonderoga.

The Binghams’ humble market soon evolved into a stagecoach stop, tavern and inn, under the crest of a red lion waving a green tail. It is believed that while the red lion symbolized the British Crown, the green tail indicated sympathy for the cause of independence during the Revolutionary War.

Travel at the time was difficult and uncomfortable, and the Bingham’s modest tavern soon became a popular and welcome haven for weary travelers, as well as the center of village life, where community members would gather, exchange pleasantries, discuss the issues of the time, and relax at the end of the day. Among the topics under discussion were certainly the War of Independence and the confederation of the United States of America.

Silas Bingham died in 1781, leaving Anna, called “Widow Bingham,” as the first businesswoman of Berkshire County. In the winter of 1786, Daniel Shays led a group of more than 100 local farmers and citizens in protest of burdensome post-war taxation. Stockbridge was chosen as the headquarters for what became known as “Shays’ Rebellion,” and sentinels stood guard and patrolled the streets. The Widow Bingham endured an invasion of her inn by the Shaysite rebels in 1781. The Red Lion Inn’s role in these early American events earned it a place in the history books. 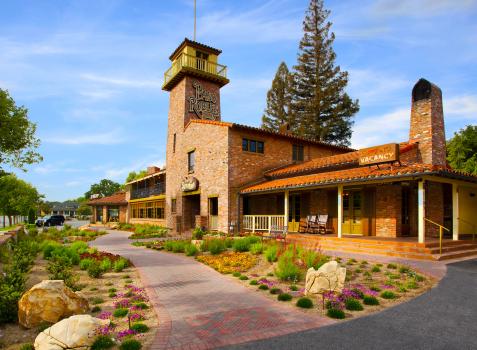