Since 1816, Tudor Place has overlooked Georgetown and the Potomac River, a grand residence whose design salutes the early American Republic.

As one of America’s first National Historic Landmarks, it was built by a granddaughter of Martha Washington and a son of Robert Peter, a prominent Scottish-born merchant and landowner and Georgetown’s first mayor. With an inheritance from George Washington, Thomas and Martha Custis Peter purchased 8½ acres of farmland on Georgetown Heights. Dr. William Thornton, architect of the first U.S. Capitol and a family friend, designed the grand neoclassical house, which was completed in 1816.

Now a historic house and garden museum, it remains one of the nation’s few historic urban estates retaining the majority of its original landscape. The estate remained under continuous Peter family ownership through six generations spanning 178 years, its rooms a destination for leading politicians, military leaders, and dignitaries. After the 1983 death of Armistead Peter 3rd, the founders’ great-great-grandson, the site was opened to the public in accordance with his wishes. Today, visitors see the house much as he and other Peters lived in it, preserving spaces and belongings of many eras while adapting their home and landscape to contemporary fashion and functions.

With its 5.5 open acres, Tudor Place remains one of America’s last intact urban estates from the Federal Period. Its open lawns and garden rooms are a delight for the senses as well as a historical record of changing land use over time. Thomas and Martha Custis Peter put their land to agricultural and ornamental uses, and numerous trees and shrubs they cultivated still grow on the site today. 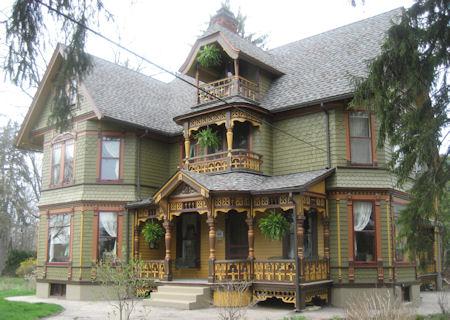