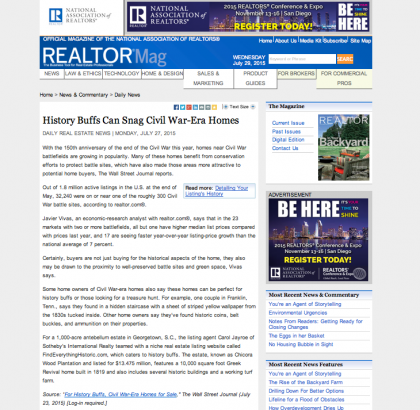 With the 150th anniversary of the end of the Civil War this year, homes near Civil War battlefields are growing in popularity. Many of these homes benefit from conservation efforts to protect battle sites, which have also made those areas more attractive to potential home buyers, The Wall Street Journal reports. Out of 1.8 million active listings in the U.S. at the end of May, 32,240 were on or near one of the roughly 300 Civil War battle sites, according to realtor.com.