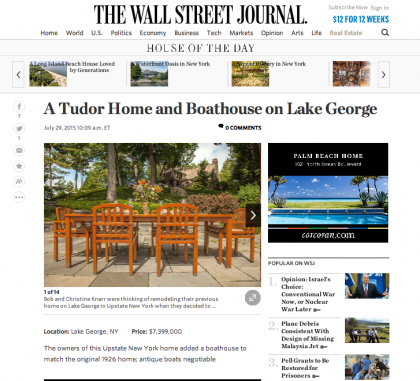 Bob and Christine Knarr were thinking of remodeling their previous home on Lake George in Upstate New York when they decided to see what was on the market. They toured this 1926 Tudor home in the town of Lake George, N.Y., on a Friday and made an offer on Saturday. ‘The view just right from the car was breathtaking,’ Mr. Knarr said. The couple paid $2 million for the home in 1999 and say they spent approximately $6.5 million on improvements including renovating the main house to let in more light and capture the views. They also built a carriage house and the one-of-a-kind boathouse.