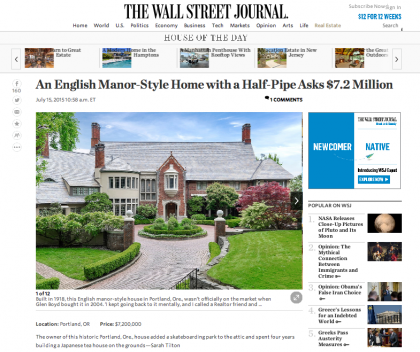 Built in 1918, this English manor-style house in Portland, Ore., wasn’t officially on the market when Glen Boyd bought it in 2004. ‘I kept going back to it mentally, and I called a Realtor friend and asked her to ask the current owners if they would be interested in selling,’ says Mr. Boyd, a co-founder of WebTrends, an Internet analytics company which was acquired by NetIQ in 2001 for $1.1 billion in stock. Now retired, Mr. Boyd and his wife, Tiffany, produce a music festival called What The Festival.