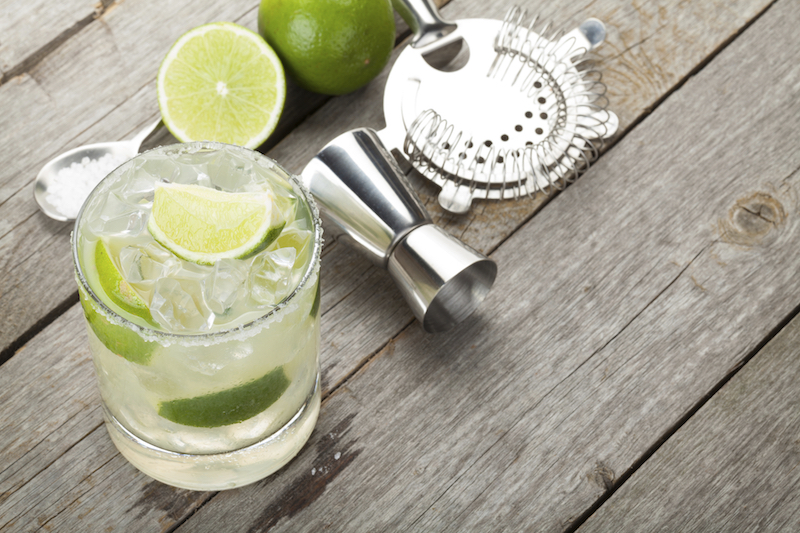 If the first person to mix up tequila, lime and orange liqueur, pour it into a glass rimmed with salt and call it a Margarita had known they were creating a drink that would become a staple for everyone from spring break revelers to cocktail connoisseurs, he or she surely would have shouted it from the mountaintops, or had it engraved on glassware… or perhaps just sent documentation to the Smithsonian. 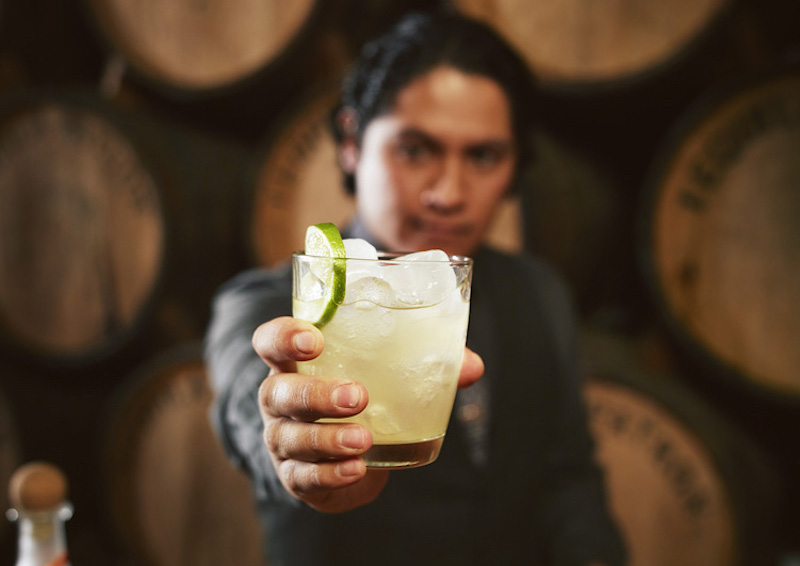 However, people seldom know they are making history in the moment, and a wide variety of individuals, mostly along the border between the United States and Mexico, claim to have invented the drink.

One of the most retold origin stories is that of Carlos “Danny” Herrera, owner of Rancho La Gloria outside Tijuana. He said he created the drink in the 1930s or early 1940s for an aspiring actress who claimed to be allergic to all alcohol, save tequila. Another one, and my personal favorite, has Margarita Sames, a Dallas socialite, inventing the drink in 1948 to serve to guests at her Acapulco vacation home. 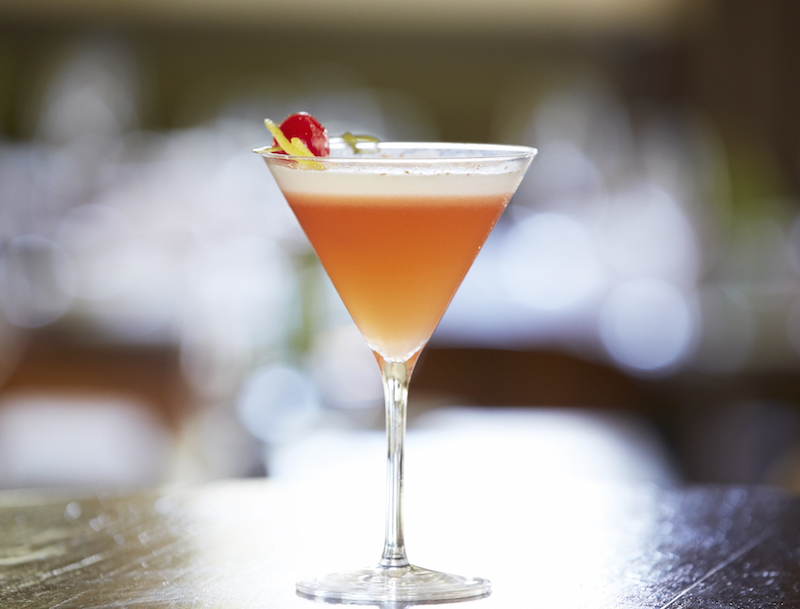 Dig even deeper, according to noted cocktail historian/author David Wondrich, and you’ll likely find the drink’s origins in the “Daisy,” invented sometime in the early 1870s at Fred Eberlin’s bar, near the New York Stock Exchange. While the first version called for lemon juice, whiskey and orange cordial, it soon became a standard concoction swapping in any number of spirits for the whiskey. Wondrich’s research suggests that a bartender in Tijuana accidentally used tequila when a patron asked for a “Gin Daisy” and the mistake became a drink that soon took off all over Mexico, though that version may have used grenadine instead of orange liqueur. Wondrich notes that Margarita is the Spanish word for “Daisy” – so this thread may have some staying power. 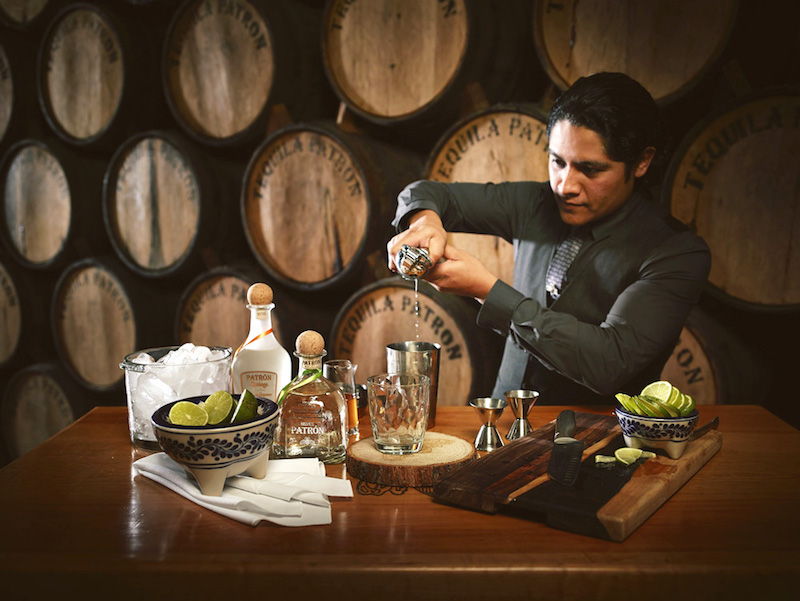 “The simplicity of the drink is part of the reason why there are so many claimants to having been its creator—it was based on a common formula of the day, and likely the drink was created by numerous people around the same time,” says David Alan, Manager, Trade Educator and Mixologist for Patrón Spirits Company. “I think it being perceived as a Mexican cocktail-even though tequila cocktails were not prominent in Mexico, and this is an American-style drink-gives it an aura of exoticism. Something about tequila puts people in a festive mood, and it’s not just because of the alcohol.”

While we will likely never get to the bottom of who deserves credit for naming it, Esquire magazine gets the nod for being the first magazine to publicize the tasty concoction by name in 1953. “Over the next two decades it became a ubiquitous American cocktail, a modern classic,” says Alan, and it’s been evolving ever since.

To celebrate that evolution, kicking off on National Margarita Day, Patrón is conducting a search for 2016’s Margarita of the Year, with the winning margarita unveiled in time for Cinco de Mayo. Consumers can vote for their favorites and take a deep dive into Wondrich’s carefully researched history on the site. 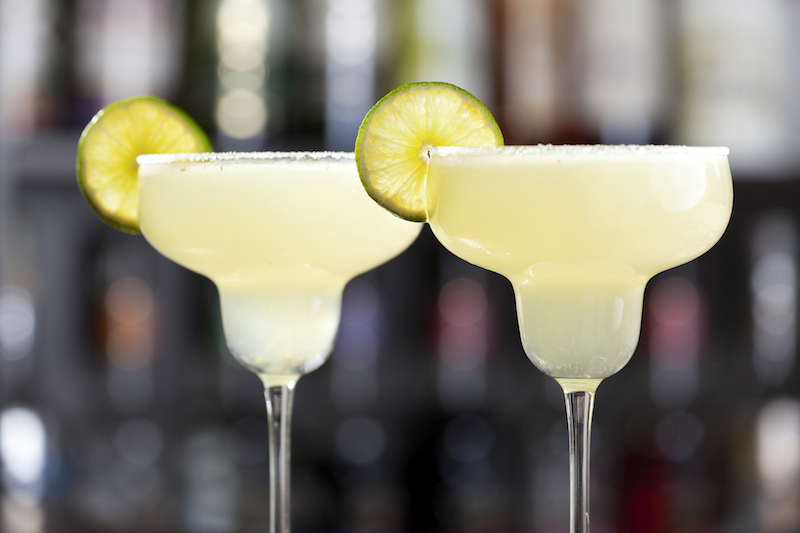 One indisputable thing that drove the evolution of this cocktail, however, is the frozen Margarita machine. Love or hate those generally sweet slushies that, these days, often appear in a variety of colors not found in nature, they were made ubiquitous by Mariano Martinez, a Dallas restaurateur who took an old soft serve machine and reworked it to serve frozen Margaritas without a battery of blenders. His original machine, from 1971, was acquired by the Smithsonian National Museum of American History in 2005, to sit alongside innovations like the Tupperware Wonder Bowl and the Krispy Kreme Ring King as a classic example of American entrepreneurial spirit.

Setting aside those staples of beachfront bars and casual Mexican eateries, the past two decades have elevated the perception of the Margarita and tequila in general, in part thanks to Patrón, which debuted in 1989 and quickly inspired demand for ultra-premium tequila.

“Whereas tequila once had a bit of a rough-and-tumble perception as a border-town party drink, or something that was merely the province of Mexican restaurants, by the late 1990s, people had really begun to accept tequila as a high quality, premium, well-made product that was worthy of their time, attention, and investment,” Patrón’s Alan says, noting that his company has always encouraged consumers to drink Margaritas in the traditional way. In fact, Patrón is the only major tequila maker that doesn’t sell an artificially sweetened, -colored, and –flavored “margarita mix.”

If all of this history has left you thirsty for a perfectly prepared traditional margarita, no mix allowed, try Tommy’s Mexican Restaurant in San Francisco, which celebrated its 50th anniversary last year. On the East Coast, check out Pulqueria or Masa y Agave in New York City or Repour Bar in Miami. Or if you’re in the Windy City, check out Matchbox in Chicago. Or make it yourself—it couldn’t be easier with this classic recipe from Patrón.

Method: Combine liquid ingredients in a cocktail shaker and shake vigorously with ice to chill. Strain onto fresh ice in a Collins glass and garnish with a lime wedge. Optionally, salt half the rim of the glass with kosher salt.

Writer Jeanne O’Brien Coffey comes from a long line of New England foodies – her dad once traded an old car for a dozen Marblehead lobsters. And her grandmother’s whoopie pie recipe is a closely guarded family secret. Jeanne is the restaurant critic for Northshore magazine, a regional luxury publication serving the area north of Boston, and also blogs on food, drinks and travel for ForbesLife. She has poured $1,000 tastes of wine with Kevin Zraly at Windows on the World, studied under Andrea Immer Robinson at the International Culinary Center and sampled Ferran Adria’s catering when he was first mulling closing El Bulli. She loves uncovering the stories behind what we eat and the way we eat it, in New England and around the world. Her work has appeared in Forbes, The Boston Globe Sunday Magazine, Zagat restaurant guides and the sadly shuttered Executive Travel. Jeanne lives an hour north of Boston, and loves the historic architecture of her home in Newburyport.